The Redlands Bowl Summer Music Festival was founded by Grace Stewart Mullen, whose vision was that “music is for everyone” and should be accessible to all regardless of their ability to pay admission. In 1923 she founded the Redlands Community Music Association (RCMA), and in 1924 her dream was realized with the organization of the first season, starting with a community sing held at the bandstand in Smiley Park (located approximately where the Lincoln Shrine now stands). The programs were an enormous success with the audiences, but little money was available to fund the effort. For the first few years, Grace Mullen crisscrossed the streets of Redlands on foot asking for donations. Any bills that could not be paid by donations became the personal responsibility of Grace and her husband George Emmett Mullen.

In 1930, Clarence and Florence White donated the prosellis structure as “a thankful offering for all who have made Redlands a good place to live in.” Architect Herbert Powell was a graduate of Redlands High School and a 1920 graduate of the University of Redlands who later received his master’s degree at Harvard. Upon his return to Southern California, his first building project was the chapel on the University of Redlands campus. Today the Redlands Bowl Prosellis is part of a city-owned park and also serves as the graduation site for the Redlands high schools. The word “prosellis” is actually a locally coined term for this structure specifically, translated as “before the seats.” The inscription above the prosellis, “Without Vision, a People Perish,” is from the 29th Chapter of Proverbs, Verse 18.

Mullen’s dream of bringing professional quality, classically oriented performing arts to her community has been carried on in today’s Redlands Bowl Summer Music Festival, held from June through August each year and still free to the public. The Redlands Bowl Summer Music Festival holds the distinction of being the oldest continuously operated music festival in the United States at which no admission is charged. Top quality performers are paid from the free-will offerings of the audience and by donations from community groups and individuals. Approximately one third of the RCMA’s annual budget is supported by contributions from Associates of the Redlands Bowl fundraising efforts each year. Since its inception in 1923, an estimated four million people have attended an evening of entertainment under the stars at the Redlands Bowl.

The Young Artists Auditions were established in 1952 to provide a venue where young, talented musicians audition with others in their field and gain experience competing and performing. The winners receive monetary awards.

The final auditions are open to the public. Everyone is encouraged to come and enjoy watching these talented young people begin their careers. The Associates of the Redlands Bowl sponsor the competition through monetary awards.

The Children’s Festival Workshops were established for elementary aged children to increase their appreciation of the Redlands Bowl Summer Music Festival’s programs, develop good audience skills, and further their understanding of music. They are also lots of fun!

Workshops typically feature artists appearing at the Bowl or other facets of the Festival, such as presentations on the art of conducting the orchestra or directing the community sing. Children are encouraged to attend the evening performances with their families.

Redlands CA US
Get directions 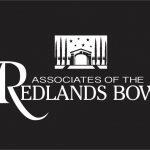