Those looking to provide their children, or themselves, with the best possible education in the region can look no further than Redlands, CA. The Redlands Unified School district has been recognized for 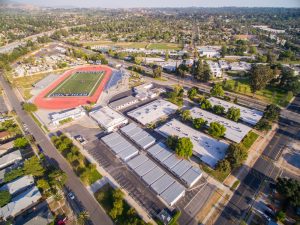 many years as one of the premier school districts in the region. The districts dedication to providing the best quality education to its residents is unparalleled and unmatched in commitment. Currently, there are 26 total schools in the district including 23 K-12 schools, one continuation high school, one eAcademy, and one adult school. RUSD is currently operating on an annual budget of approximately 225.5 million dollars each year and employs almost 1,800 dedicated men and women whose main priority is the wellbeing of each and every one of the districts early 21,000 students.

In recognition for their outstanding performance, here are just a few examples of the many awards given to the district and various schools within the district:

-14 Schools have been recognized as California Distinguished Schools 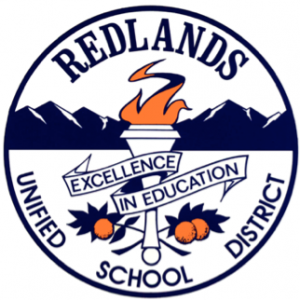 -9 Schools have been recognized as California Gold Ribbon Schools

-9 Recipients of the California School Board Association Golden Bell Awards

-Orangewood High School has been recognized as a Model Continuation School

As of recently, the district has also made a commitment to implementing a new plan known as “EXCEL”, which serves as an acronym for the following:

Learning in safe and secure environments

The EXCEL plan builds upon many principles already in place within the district and enhances them to ensure its students and schools are keeping up to date in the 21st century while also receiving the absolute best quality education available.

Redlands has also come to be known within the region as the premiere district when it comes to having an excellent sports program. 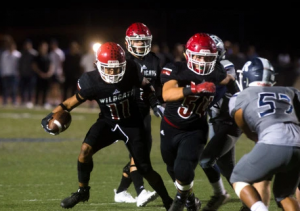 Their dedication is to ‘Pursuing Victory with Honor’ while practicing the Six Pillars of Character (trustworthiness, respect, responsibility, fairness, caring and citizenship) and adhering to the rules of competition and sportsmanship. Redlands high schools all compete within the Citrus Belt League (CBL) and California Interscholastic Federation (CIF), and many teams have gone on to win both CBL and CIF championships. Some programs, such as the varsity football team at Redlands East Valley, have even gone on to win a state championship. In addition to this, there are also some very notable alumni who have come out of the Redlands athletic program and gone on to play in the NFL, MLB, and MLS.

In addition to the public schools within the district, there are also numerous private schools which promise to deliver an excellent and unique education experience to each of their students. For those looking for higher education options beyond high school, there are also four nearby universities which many local students choose to attend: The University of Redlands, Crafton Hills Community College, Loma Linda University, and Cal State San Bernardino.

*A complete list of each school in the city, including private schools separate from the public district, can be found under the “Schools” section of the “Explore” tab at the top of this page.

Below are maps which highlight the different zones within the district and which areas are assigned to which school, based on whether they are an elementary, middle, or high school. For a complete list of all schools within the district please go to the following: https://www.redlandsusd.net/Page/111 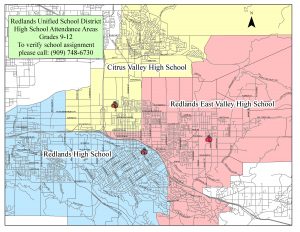 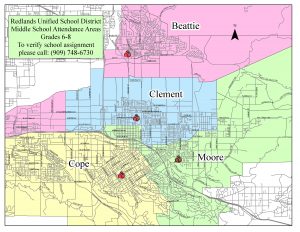 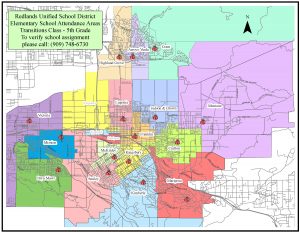